Trek to the highest lodge in the world, on the way encountering stunning views, ancient monasteries, and Sherpa villages, and staying each night in comfort.

You start with early flight from Kathmandu to Lukla, then a gentle, four-hour hike to Phakding to get you familiar with the local terrain. At Phakding, you join the Dudh Koshi River, originating in the Everest massif, to begin your uphill climb. The trail to Namche offers two incredible swing bridge crossings. After acclimatizing in Namche, instead of the north-east trail to Everest, you head north-west, to Thame, famous for its monastery, then on to Kongde Lodge, the magnificent pinnacle of your journey, finally descending back to Phakding and colorful Lukla. 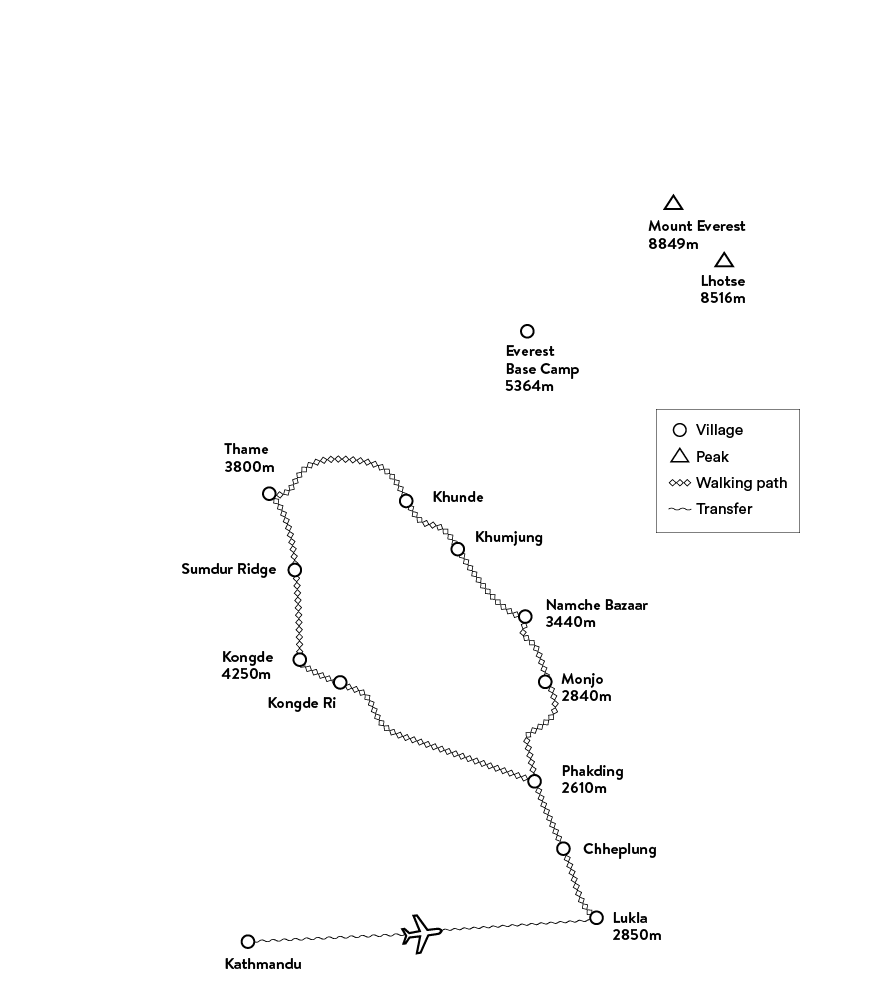 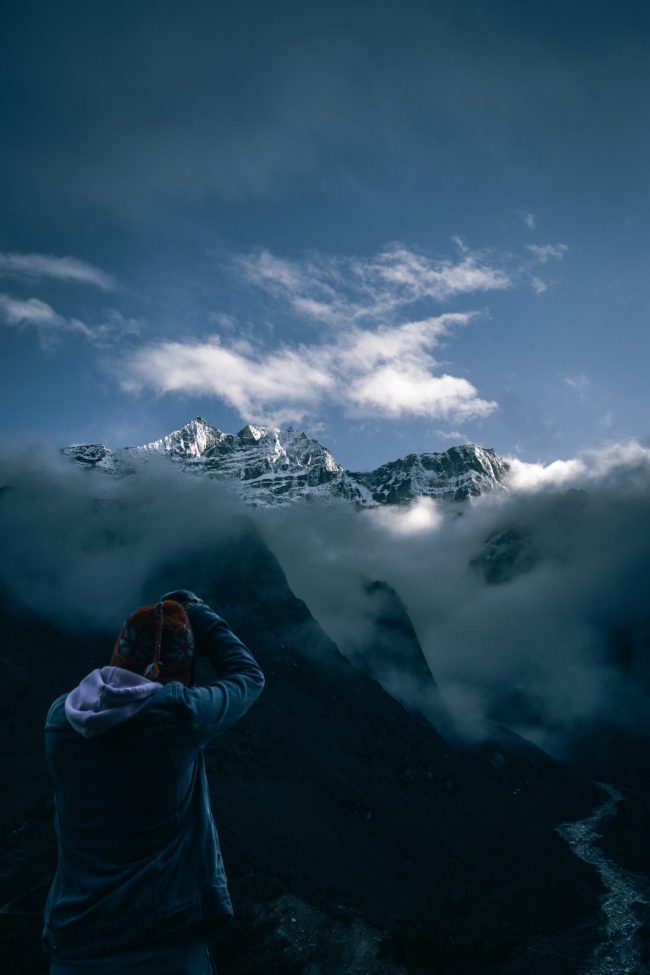 According to Himalayan myth, this part of the Everest region, Thame valley, is the abode of the Yeti. This magnificent departure from the Everest road delivers real tranquility and solitude in the Himalayan wilderness—perhaps affording you a sight of that mythical creature! Indeed, once you pass Thame’s famous monastery, the trail to Kongde is essentially private. Used by Khumbu Sherpas before the 1950’s, it was renovated by Mountain Lodges of Nepal with approval of EIA. As you walk under canopies of lush vegetation, cross bridgeless snowmelt streams, navigate narrow paths over rocky canyons, and enter meadow after breathtaking meadow, it will be just you and the view. Your reward: the highest starred hotel in the world, Kongde Lodge. 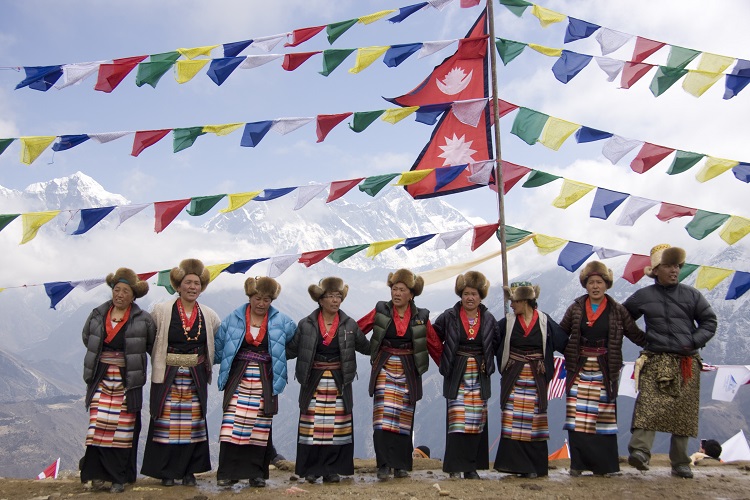 Come and visit when the rhododendrons and alpine flowers are in full bloom. Expect clear skies and sunshine in the mornings with some light cloud cover later in the day.

October can be busy, but at this time of year the weather is normally very stable. Expect crisp sunny days and cold evenings. 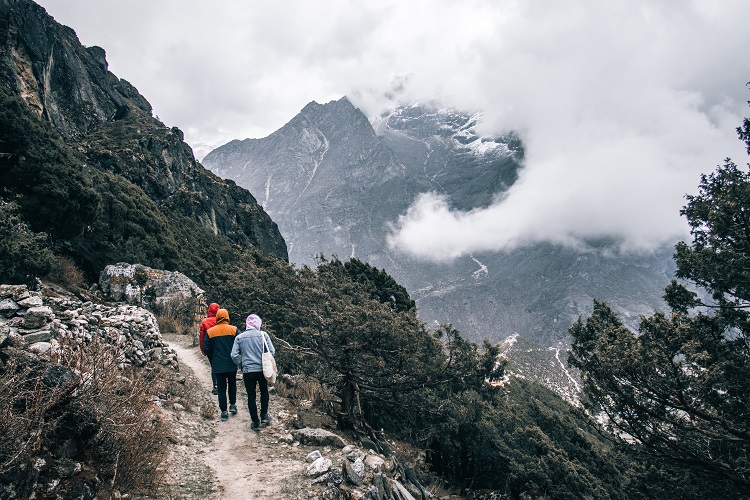 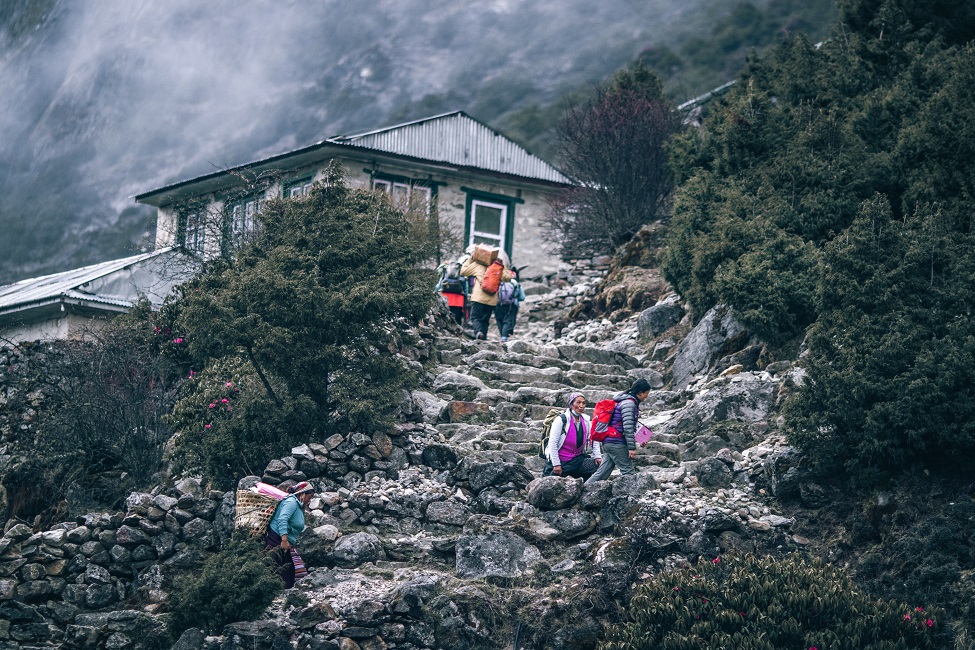 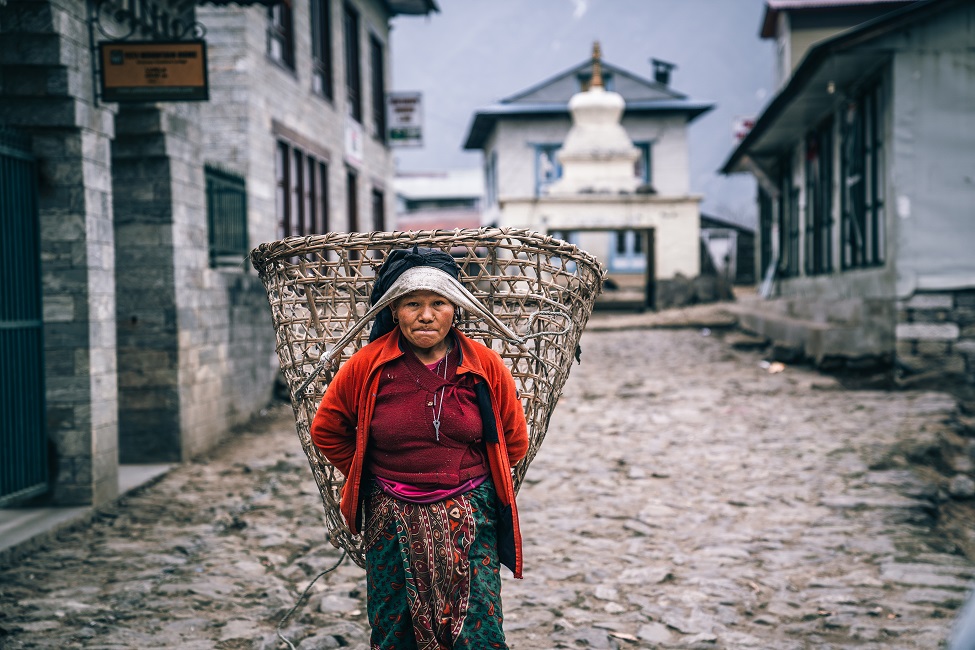 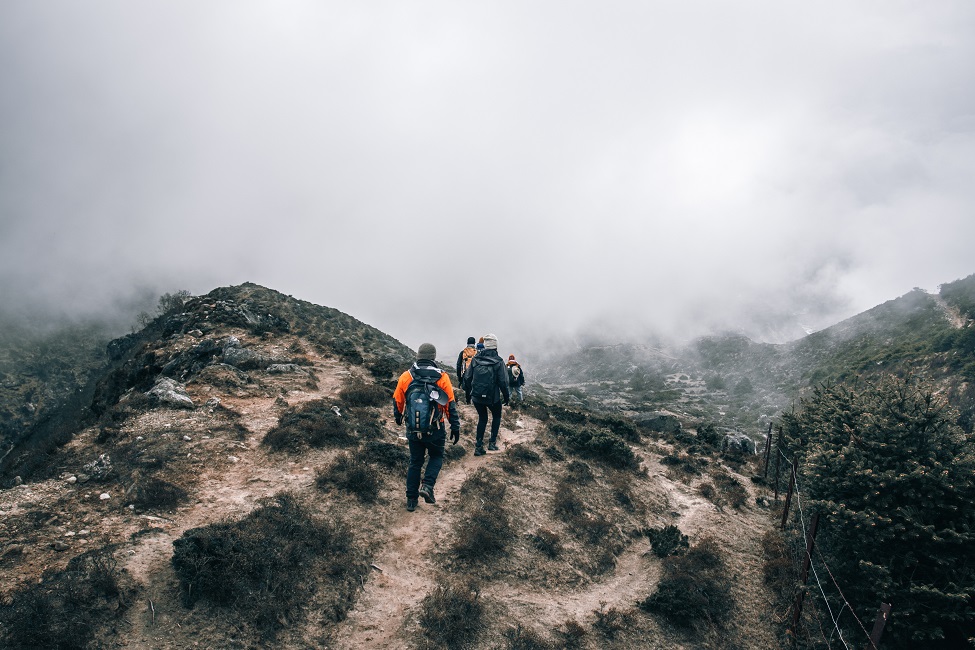 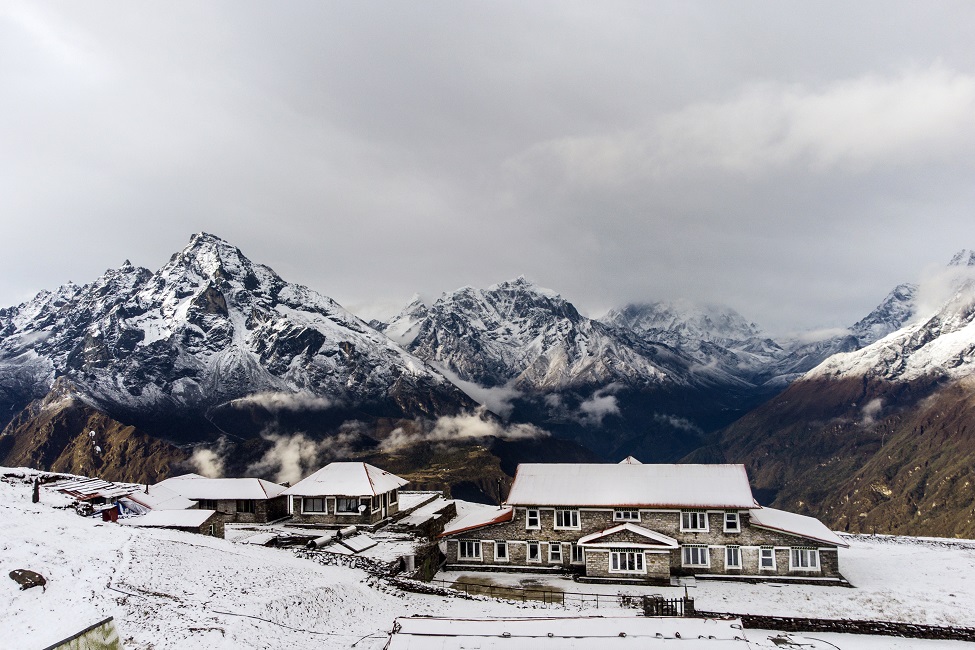 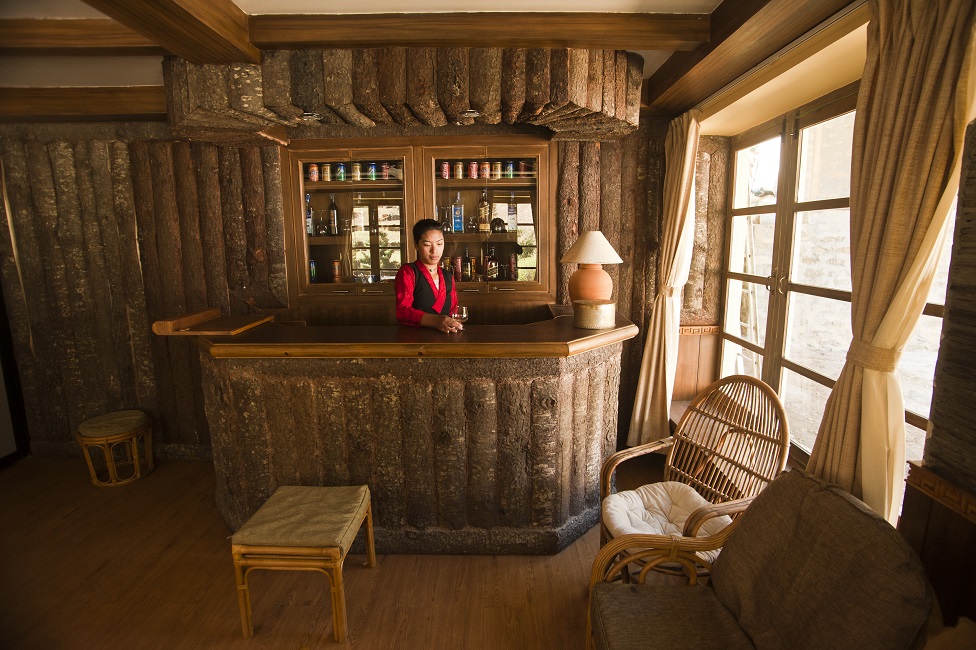 Lodges on This Journey 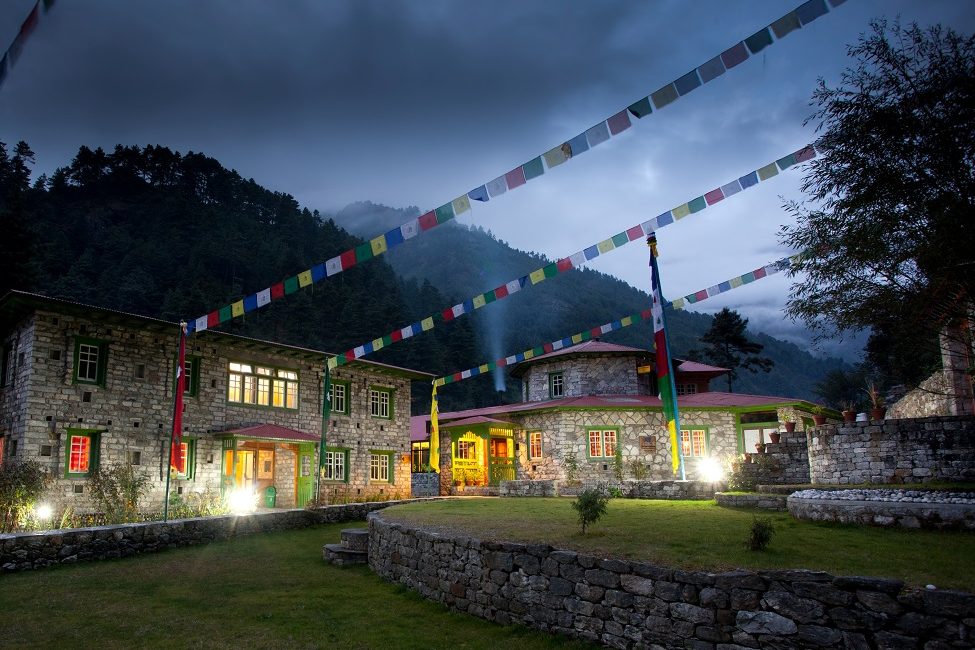 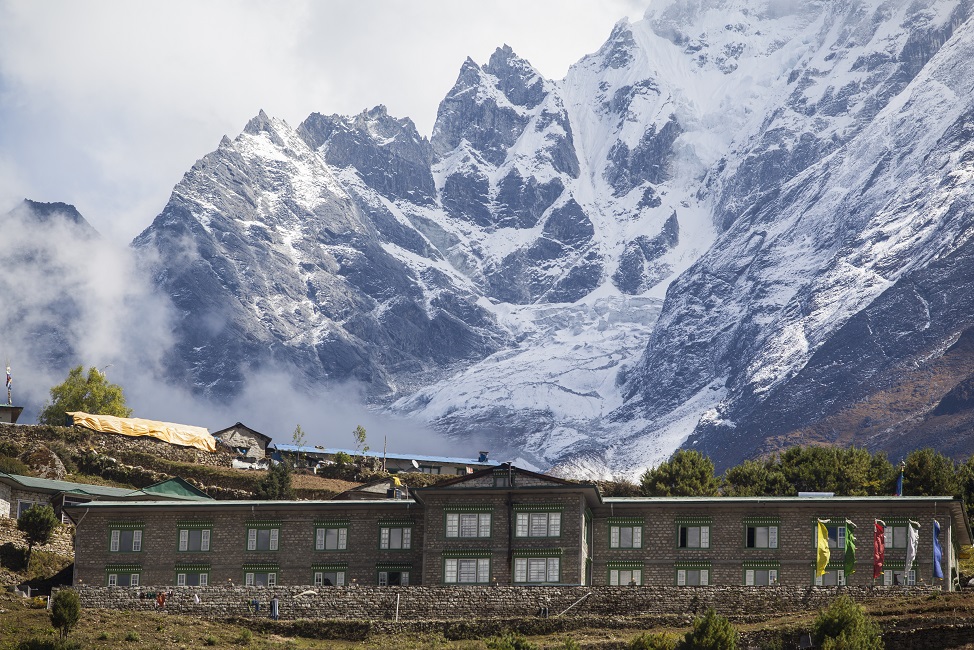 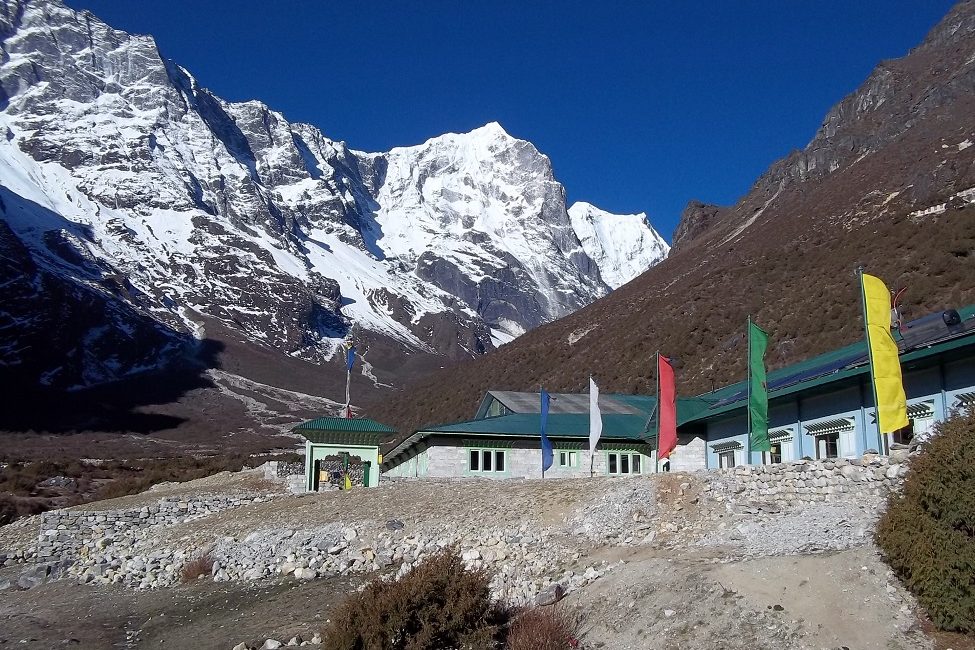 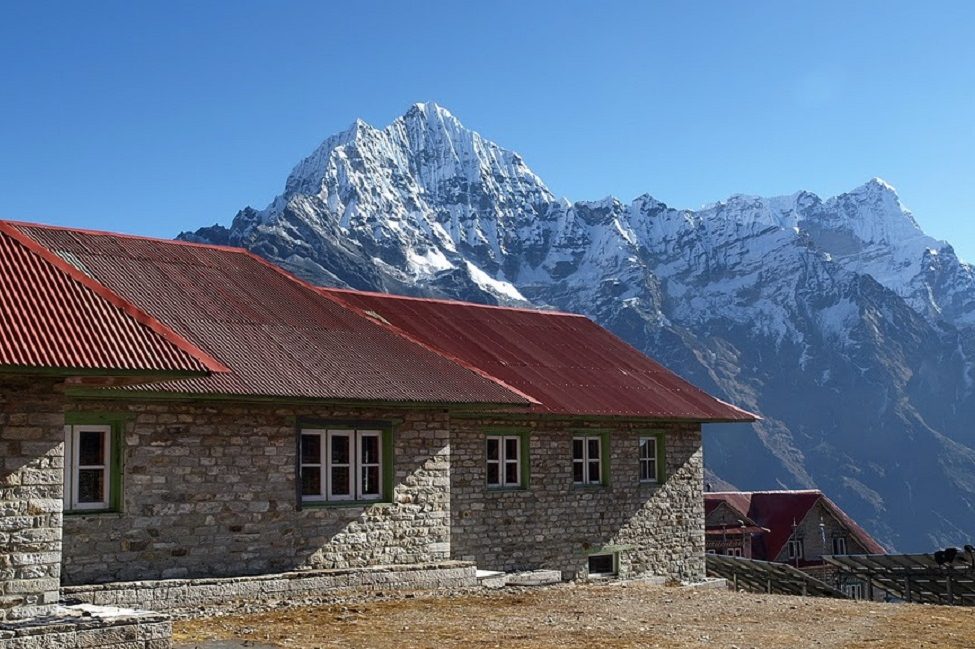 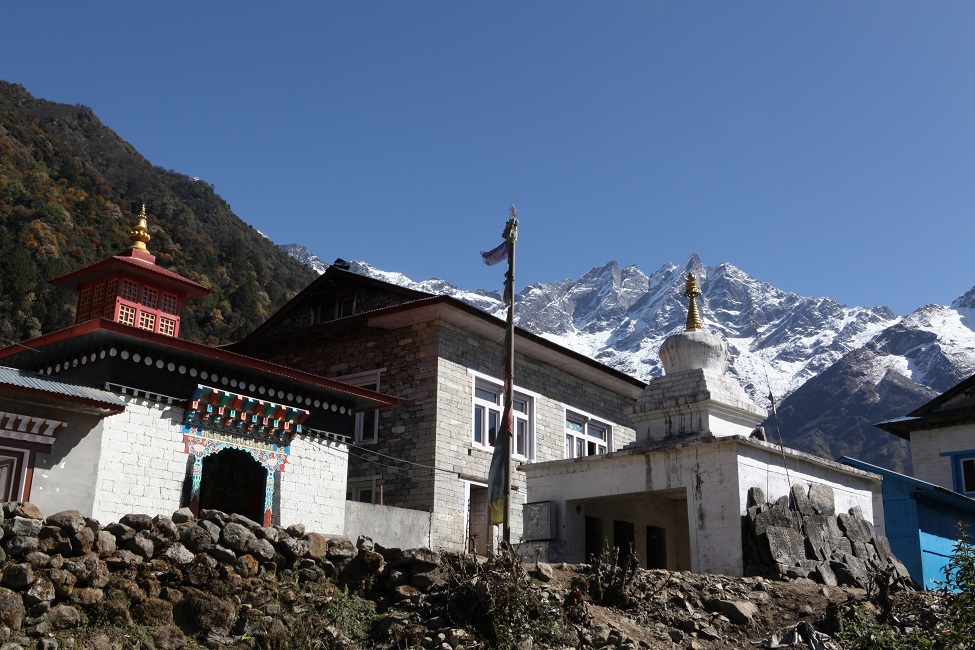 Take a break from the trails and enjoy a hot bever

Kongde Lodge is one of the most spectacular lodges

Nepal is more than just Mount Everest.⁠ Nepal is

Up a mountain, you want to be in good hands. Our d